“Magic of the Moment”
A chase for the rainbow

walks out of @AstroBurger eating the last of a veggie dog. He’s carrying a bag with a bacon cheeseburger and fries inside.

He heads toward the back alley. 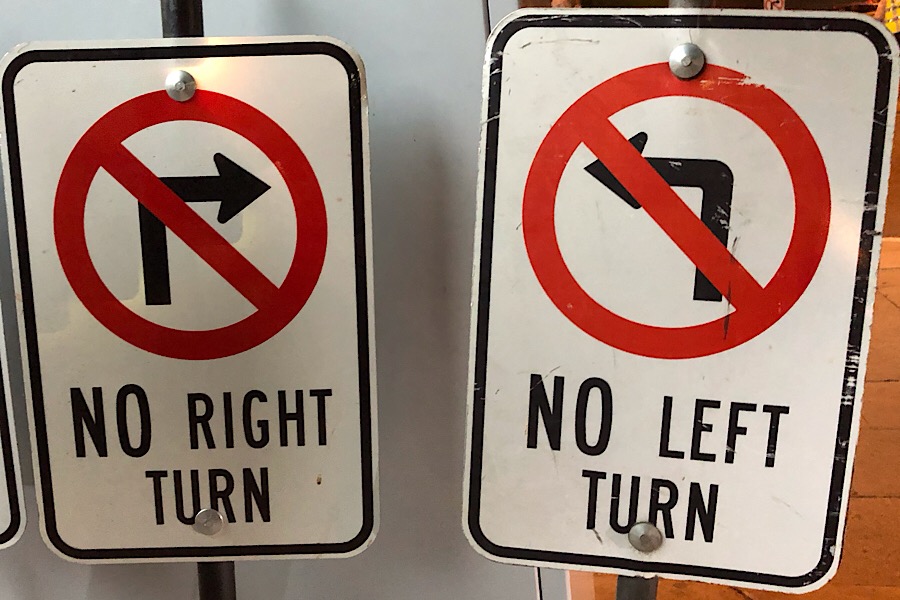 In Hollywood - the path is yours to create

Banjo immediately feels the brutal heat of the day on his arms as he passes along some IG @Instagram thoughts to a frustrated PRIEST @TheRanch_CraftFarming.

A HOMELESS GUY comes storming out of his tent and gets right in Banjo's face.

Banjo is startled and accidentally hits the speakerphone button.

The homeless guy is startled by Priest’s phantom acknowledgement and begins to calm down and back off.

Banjo nods, spins away and unspeakers in a single motion, then continues past the back door of @FancifullBaskets. He peers down at his phone to read the canna-farmer’s most recent Post - 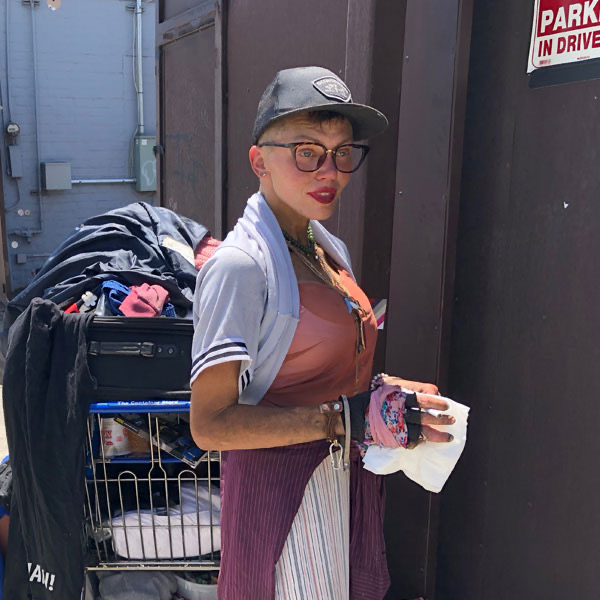 Banjo and the curious character catch eyes as he approaches.

Priest is confused as Banjo disconnects.

The curious character‘s name turns out to be LONNIE. They smile, chit-chat and toss around a few quips about the harshness of the midday sunshine on their delicate skin. Then Banjo offers his bag of food and bottle of water.

Banjo’s smiling as he and JENNA @NailingHollywood throw spaghetti at the wall.

Banjo takes off and excitedly continues through the alley. As he steps underneath a large overhang from the new construction, something strange happens.

The heat of the sun is replaced by a cooling shade. Holly-hood begins to FADE IN to a more tinseled-town.

As he passes through the nexus, he spots a HIPSTER taking pictures of his SCENESTER FRIEND against the newly sculpted concrete and steel wall.

The Scenester friend is trying to stay in the moment, but is distracted by Banjo coming towards where she put her bag down. 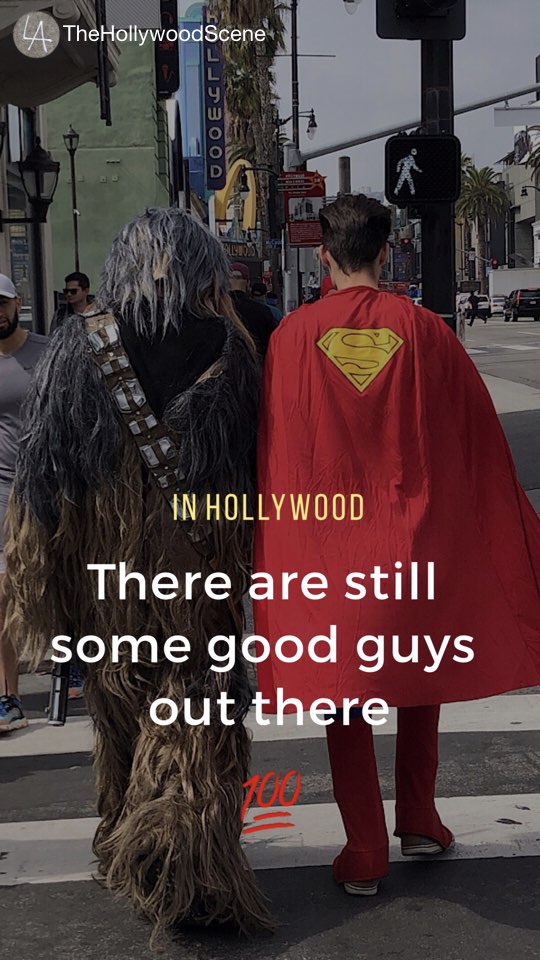 Banjo crosses the street and waits for traffic to clear outside the off-the-lot offices of ex WGA President John Wells @JohnWellsProductions. He’s never been inside, but can tell they’re pretty sweet. That’s the thing about LA - lots of cool shit goin’ on behind the hedge.

Banjo dashes across the street and hops on the curb outside @OsteriaMamma.

He remembers hearing something a while ago about a @FamilyFeud between Mamma and @OsteriaLaBuca, but can’t recall what the story is. Could be true - could be bullshit. He could probably look it up, but doesn’t really care - they’re both good.

He picks up speed as he dials up @Spotify - passing @KaliRestaurant and CHARLENE @TheBinderess.

Banjo starts to think about Lonnie - and that big smile. Who does she remind him of? What the hell must that Hollywood experience be like? 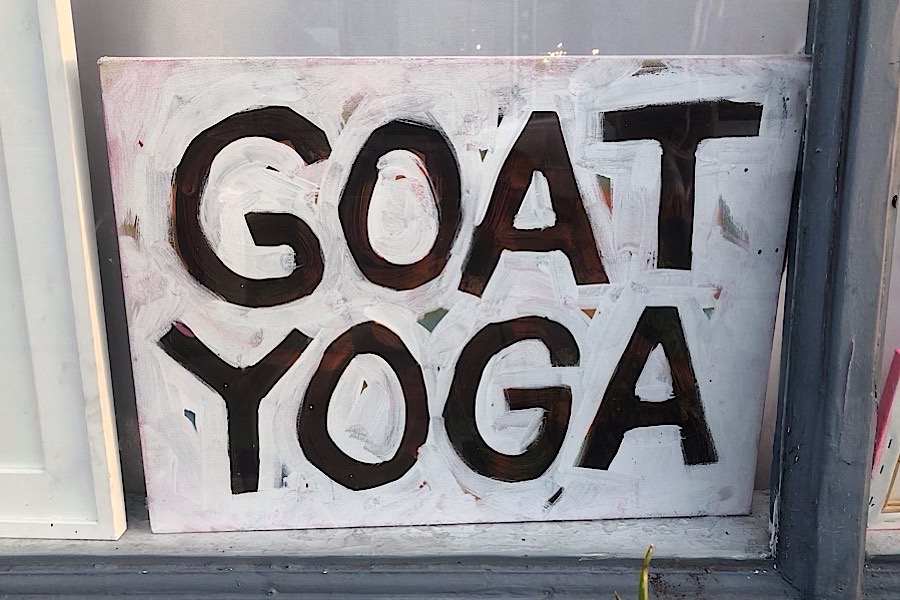 Sweat is beginning to build on Banjo’s brow as he passes the bar with the burlesque cage show @PourVousLA.

He approaches the classic haunt Lucy el Adobe - right outside the Studio gates of @ParamountPics. Crazy - place has been around since the days of @JerryBrown_Gov and Linda @RonstadtMovie.

As a guy on a bike tries to navigate the choppy right lane pavement, a @Lyft suddenly stops and both side doors fling open. The rider easily avoids injury, but decides to verbally destroy the passengers with a frustration far larger than the moment.

So much nonsense. As he approaches the security check @RaleighStudiosHollywood, he takes the hard right into the neighborhood.

He notices some roots coming up outside a newer construction - could mean they’re not planted deep enough. Lots of hastily created gardens these days - he wonders how it’s all gonna look in ten years.

It’s quiet. He takes a deep breath. Ahh, the serenity - some crave it, others crumble. Lindsay, he means Lonnie...

That’s it! Lonnie reminds him of LILO @LindsayLohan. BRIGHT EYED - BIG SMILE - so innocent looking - so full of promise. And yet...

In Hollywood - you can flush it all away

Banjo waits for an open air trolly of exuberant tourists to go by @StarlineTours, then dashes across the street.

At the same time on the other side of the street, a growing number of people sit in their cars under the beautiful shade trees. Nowhere else to go - nothing else to do.

Such different realities going on at the same time in the same place.

Banjo knows there has to be a way for Hollywood to lift up the people who aren’t winning - to give them fresh hope, real services and rekindle the dream that brought so many of them here in the first place.

He figures he better circle back - so he decides to blast up Larchmont and check out what’s goin’ on. Maybe sashaying down the ever evolving and upscaling boulevard will provide the ideal contrast to prepare for his upcoming conversation with Lonnie.

Banjo makes his way past the @BankOfAmerica and @Chase. There’s a @FedEx truck parked in the middle of the boulevard.

Time is ticking. He ziggies past Keller Williams @KWLarchmont. Outside @JambaJuice, a stroller slows him down just long enough to overhear what appears to be a MILLENNIAL - MENTOR Hollywood-style relationship. 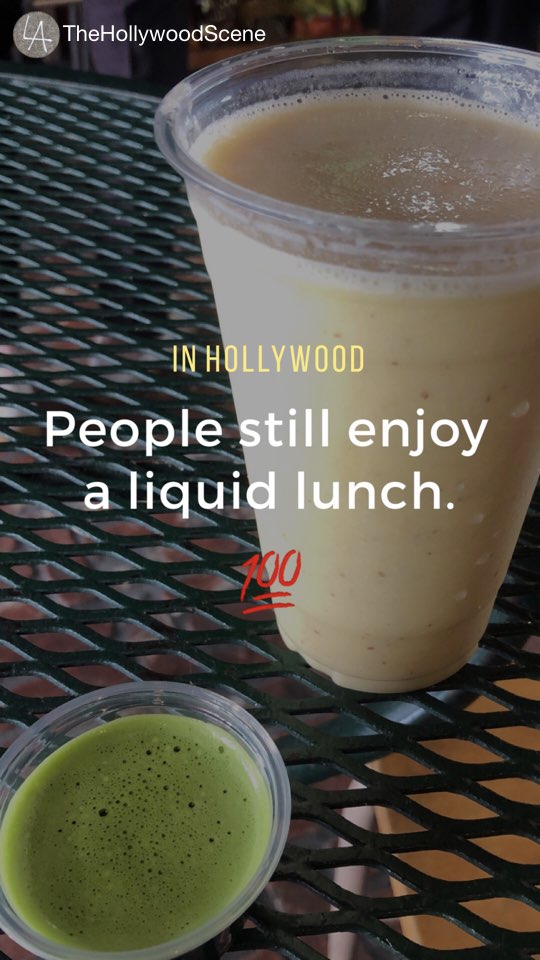 as he passes the Lip Lab @BiteBeauty.

As Banjo looks around at all the storefronts, he thinks to himself that it appears to be good times for Real Estate Broker @JayLuchs. 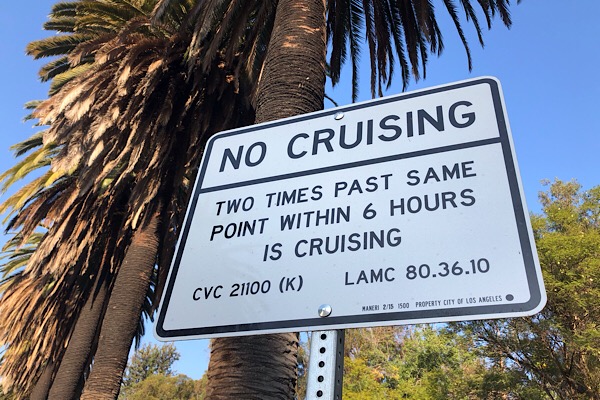 In Hollywood - everyone's doin' the hustle

Inside, he sees his old pal JACQUES @NicholsonEntertainment.

Jacques says the Greek place is going to stay - but cut down half the space.

Outside Larchmont Beauty, he notices a middle aged guy doin’ the barefoot thing. Banjo knows the streets of LA.

There are three identical white vans parked outside the @RiteAid. While passing the Above the Fold newsstand, he overhears the WORKER talking to his BUDDY. 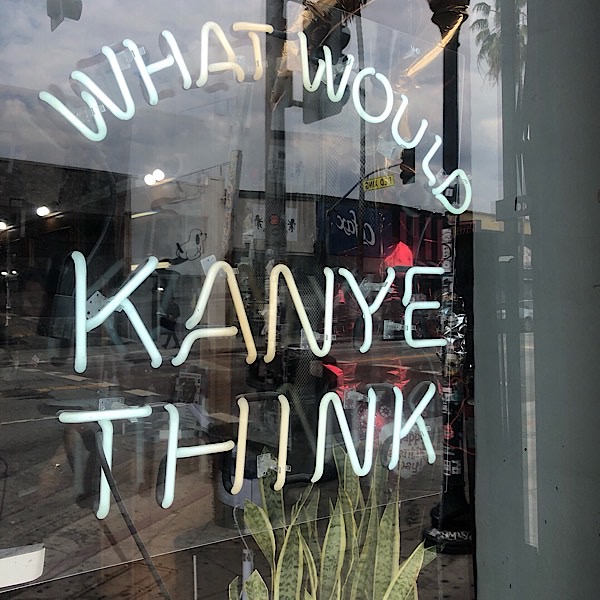 As he motors on, Banjo can't believe how hot everyone at @SaltAndStraw is,

He loves the architecture of Ritz Dry Cleaners and imagines how cool it would be if everything had a drive through like that. Then he remembers that it doesn’t matter anymore - drive thru has been replaced by drop off services like @DoorDash, @UberEats, @GrubHub and @Postmates. He laughs to himself - maybe it's time to think of something new to think about.

As he passes Chan Dara, he chuckles again - this time at the perception that it’s a hang out for White guys with Asian fever.

He hopes the mail truck outside @HatcheryPress is bringing good news to one of the Writers.

As Banjo makes his way toward Melrose Ave., he passes @CafeGratitude. He feels his own sense of thankfulness for the upcoming opportunity - a chance to speak with someone whose life experience is so different than his own.

On the wall, it reads: Gratitude is the sweetest thing in all human life.

There’s a break in the traffic. Excited - Banjo scampers across -

He approaches the agreed upon meeting place from earlier. 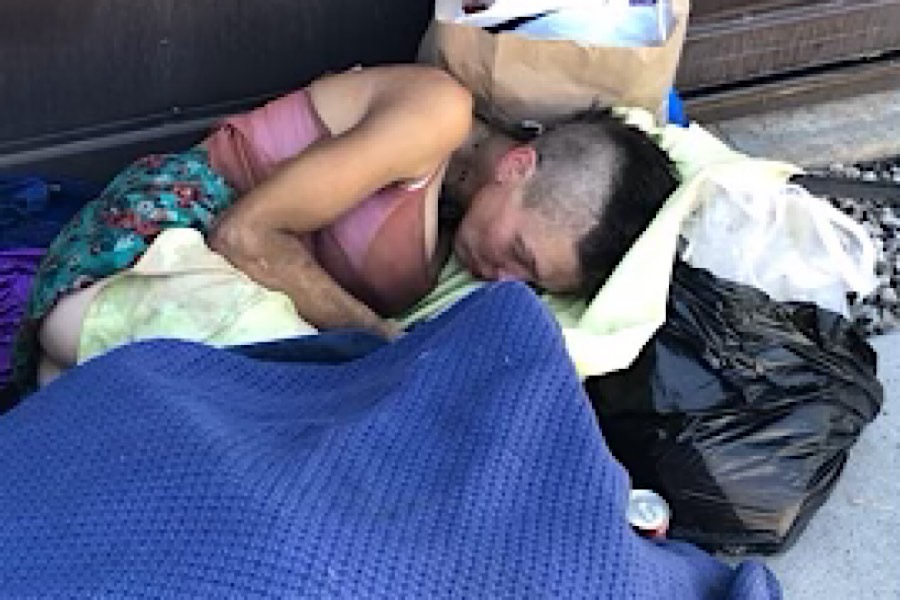 Banjo let’s out a big sigh. He can only hope it doesn’t go too far @DearlyDepartedToursHollywood.

Banjo stops in to pick up a salad @TenderGreens. The sign on the register reads: Cashless.

Banjo decides to a grab a beverage. The sign at the register reads: Cash only. 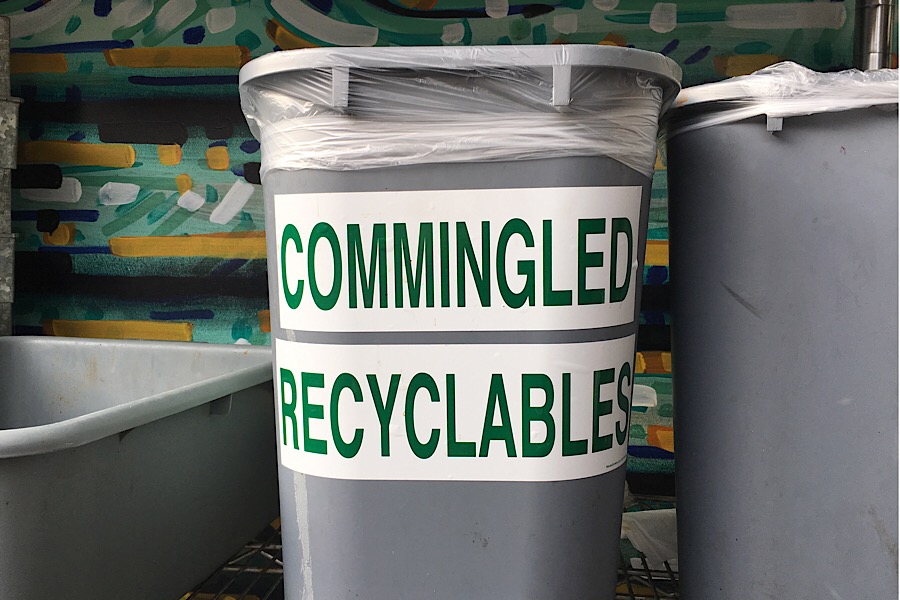 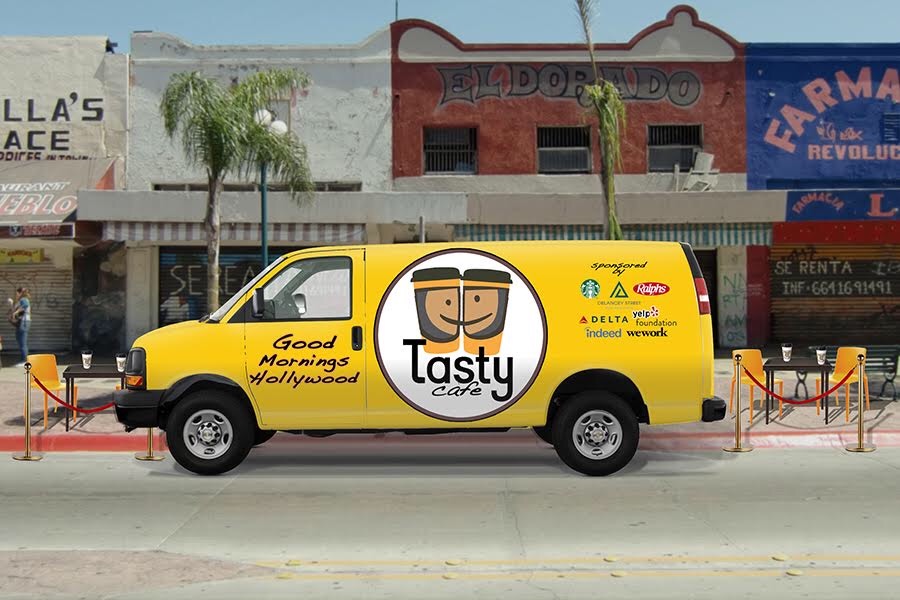